The History of the Classy Armoire and Its Many Uses 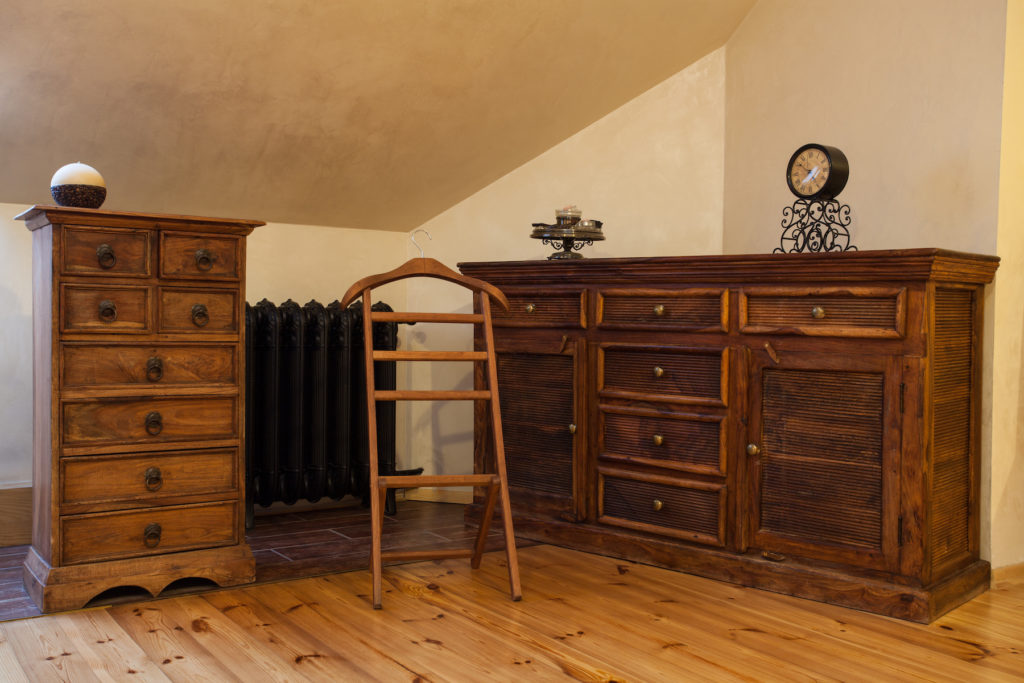 One of the most sophisticated pieces of furniture you could have in your home is an armoire. As you might be able to tell from the name, armoires are of some french descent, but not completely. But similar to all other kinds of furniture, it had to start with a specific purpose! Armoires are most often seen in the bedroom, perfect for overwhelming empty spaces with elegance and galore. Although the armoire has been around for a while, it makes a perfect timeless touch. So besides storage, how did the armoire start out? We’re here to take you on a journey through time!

Armoires are dated back to medieval times. At this point, they were not yet called armoires. They were known as “presses.” Presses were predominantly made out of oak and were designed to store linens or clothing such as blankets, table cloths, sleepwear, bedding, and more. As time passed, not only did the look of the press undergo changes, but it also came with new features. Drawers were added to the very bottom of these presses and double doors replaced the traditional design.

Once the “press” arrived in France, its name would soon become “armoire”. Revised by the French in the 17th century, it is believed that the name derived from the Latin word “armorium”, which was a chest used to store armor. Similar to what “armoriums” would be, the earliest armoires in France were very tall and wide, taking up a huge chunk of space wherever they may have been placed. This is where armoires gained their value, becoming an elegant element in the home.

The French began sculpting and painting the inside and outside of armoires. This trend carried on into the Renaissance era, including elaborate hinges and embossings. Armoires were valued for being a showpiece. It was likely that anyone who had an armoire during this time came from a generation of status, allowing them to afford these pieces. Although, the sizing of the armoire changed during the Renaissance. It was less of a massive structure, becoming narrower. Eventually, this space was predominantly used for storing clothes that needed to be hung.

Some of the uses from the past are similar to the uses we uphold for the armoire to this very day. Whether they are used as decorative pieces, fillers for empty rooms, or for storing clothing, the uses of armoires vary. We’ve narrowed it down to a cupboard and art deco structure, which were how armoires were used for the majority of the time they’ve been around.

Those of the royal family played a major role in how the armoire was influenced. Even more, it is said that they may have contributed to the name change of the armoire. King Louis XIV had a famous cabinet maker, Andre-Charles Boulle, design an armoire for him. It became so famous that the significance of this cupboard armoire is still a classic design to this day. Because oak materials were becoming scarce, armoires were made out of timber during this era. This material was exported all over England and France.

As you might already know, armoires became more than just storage. They were seen as beautiful cabinets to hide appliances, such as televisions, computers, even alcoholic drinks. Although the more it became a storage piece, it started to lose its flavor. Appliances grew out of the need for armoires. People started buying other pieces of furniture to place their appliances. This is when armoires were categorized as antiques as opposed to everyday furniture.

Armoires can be seen in homes everywhere, used for a variety of reasons. They might make for a perfect piece at the entrance, where visitors can hang their coats, umbrellas, or even store their shoes. They can also be seen in home offices, providing working families with the storage they need to keep clutter to a minimum. Armoires are perfect for creating focal points or decorative accents for a room that needs some character and color.

National Furniture Liquidators Outlet Store Has it All!

Whether you’re going for a more upscale look with an armoire or a more relaxed look, our outlet store has any kind of furniture you might be looking for. Should you have any questions about what we have, you can contact us. Choose us for your furniture needs!